Wasps are carnivores and prey on small insects and bugs including spiders, grasshoppers, bees and most pest insects. The wasps sting the prey to paralyze it before consuming or carrying it off to the nest to be fed to the offspring. Despite being vicious carnivores, wasps are part of the food chain and do have a number of natural predators including;

Birds: many birds such as sparrows, bluebirds, wrens, warblers, orioles, wrens and nighthawks will eat wasps given the opportunity. Other species of birds seem to enjoy eating wasps and purposely hunt them. These include blackbirds, starlings and magpies. Many species of bats are also insectivores and will create a colony on your property if there is a wasp nest present.

Amphibians and Reptiles: reptiles and amphibians, most of which are insectivores, seem to be opportunistic predators rather than making wasps a part of their natural diet. Geckos are especially notorious for eating the entire nest including larvae which they seem to enjoy. Lizards, frogs, salamanders and toads will eat wasps given the chance.

Larger Vertebrates: vertebrates such as mice, skunks, rats, weasels, raccoons, wolverines, badgers and even bears seem to enjoy wasp larvae and will withstand a full-on defence attack to destroy the nest to get to the larvae. Hedgehogs are also common wasp predators and are less impervious to stings owing to their thick body cover.

Bats in Ontario are insectivores, so they will eat wasps when given the chance. These are voracious predators that eat thousands of flying insects per night. The only thing that prevents bats from eating wasps is their schedule. Bats are strictly nocturnal while wasps only fly during the day. It is therefore unlikely for a bat to eat a wasp. 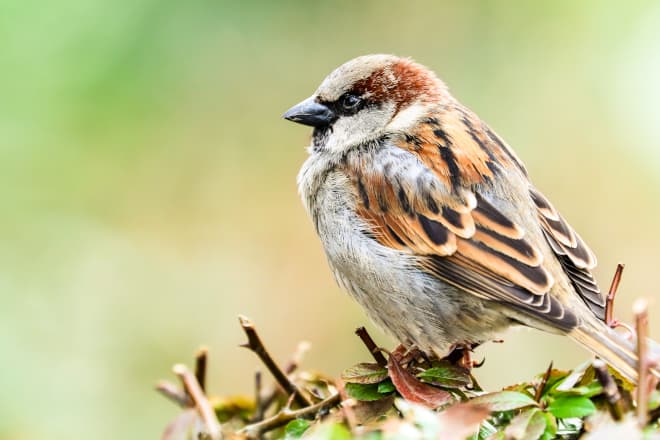 The following lists some of the most common animals that are known to eat wasps:

How to Keep Wasps Away From Your Yard

Wasp populations and activity peaks in the summer just when you want to make the most use of your outdoors. Having a wasp nest in your backyard is a serious risk especially to children and pets. Most species are social insects and send distress calls to each other if they are disturbed. A large number of strings can lead to serious health problems and can be fatal especially if the victim is allergic. There are a few things you can do to keep wasps away from your backyard during the summer.

How to Make a Wasp Trap

While they won’t get rid of a wasp nest, wasp traps are an effective way to prevent wasps from building any. Try putting one or two around the deck or in areas you do not want to see any wasps. You can purchase wasp traps from the hardware store or local pest control company. Alternatively, you can make your own.

Empty out a 2L bottle of pop and cut it in half, separating the top from the bottom. Fill the bottom portion with water and a few drops of dish soap. In the spring, add something meaty to the solution, like bacon grease. Wasps crave protein in the spring, and sugars in the summer. Later in the season, use sugar water or fruit juice and add a splash of vinegar into the mix to keep honeybees away from the trap. Then, unscrew the cap from the top of the bottle, inverse the top piece, then fit it into the bottom. Foraging wasps will go into the trap and drown.

For an even more natural approach, try planting a few flowers and herbs that wasps don’t like. Wasps have been found to dislike the smell of marigolds and geraniums. Some evidence also suggests that wasps avoid mint, lemongrass, citronella, pennyroyal, rosemary, and chamomile. Try planting these near sitting areas, like the edges of the deck, the sides of the shed, and near doors to the home.

DIY wasp nest removal almost always ends in disaster especially if you do not have the proper protective gear. This goes doubly if you are allergic to stings or don’t know for sure that you are not allergic. Unlike bees, wasps can sting multiple times. These insects are also very vicious if disturbed.

Hire a professional wasp exterminator in Toronto to get rid of the wasp nest for you. The technician may also advise whether you can simply leave the nest intact if it doesn’t pose a risk. The wasps will certainly die come winter except maybe for the queen who survives the winter to begin a new colony. Aside from our wasp nest removal services we offer a section of wasp control products.

GET A FREE QUOTE

The Exterminators respect your need for privacy. Our services are discreet. Our vehicles are not branded with company insignia and logos.